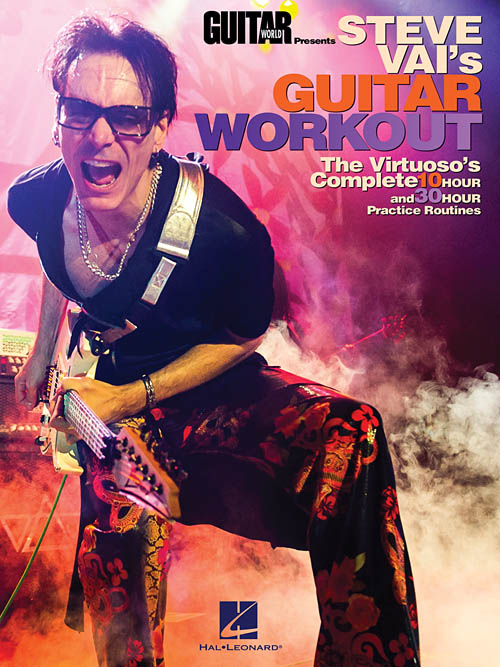 Since its appearance in Guitar World in 1990, Vai's intensive guitar regimen has been the Holy Grail for serious players. Here is the lesson that shaped a generation of guitarists. Vai sat down with guitarist/transcriber Dave Whitehill and outlined his practice routine for the January 1990 issue of Guitar World. Never before had a guitarist given such an in-depth explanation of his musical exercise regimen. It became a must-have for guitarists. Many of the players interviewed in GW have cited it as an influence on their development as guitarists. Here's a chance to experience the workout in its original form and to learn some of the things Vai has done to develop his formidable chops and remarkable music vocabulary.

In this book, Steve Vai reveals his path to virtuoso enlightenment with two challenging guitar workouts – one 10-hour and one 30-hour – which include scale and chord exercises, ear training, sight-reading, music theory, and much more. These comprehensive workouts are reprinted by permission from Guitar World magazine.