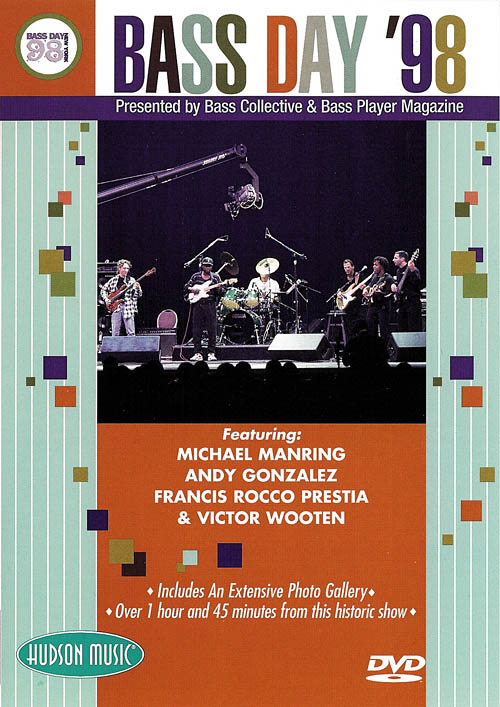 Michael Manring kicks things off with a set of fascinating solo pieces on four different instruments in various tunings, including one piece where he plays all four basses at the same time!

Andy Gonzalez leads a group of top Latin musicians in a scorching set of contemporary and traditional Afro Cuban music.

Bobby Rodriguez, one of the most influential bassists in the history of Latin music, joins Andy, and is presented with a Lifetime Achievement Award.

Francis Rocco Prestia, accompanied by members of Tower of Power, including David Garibaldi, performs a burning set of their funk classics. He also talks about creating a groove, his early days with TOP and much more.

Victor Wooten performs with a trio and presents a set of amazing music that stretches from serious funk to beautiful ballads, with plenty of stops in between. Featured is a classic solo in which Victor pulls out all the stops. Also includes a lesson on bass technique, an award presentation to bass legend Milt Hinton, and an amazing jam featuring the entire lineup, plus John Patitucci and Oteil Burbridge!